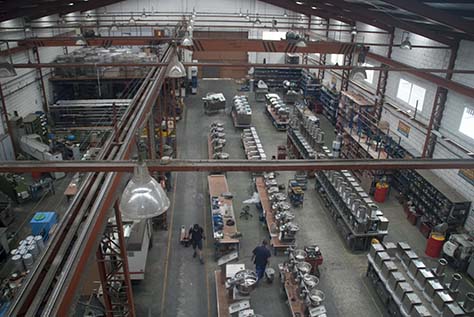 Machinery manufacturer for the meat industry

Expansion in the North American market

The Spanish company Talsa is the world leader in machinery manufacturing for the meat and meat products industry within the medium capacity segment, with high quality machines.

Manufacturers from the machinery sector and meat industry technology developers are going to take advantage of the next edition of IFFA in Frankfurt, which will take place from May 7th to May 12th 2016, to promote themselves on the foreign market.

As could not be otherwise, Talsa will participate at the IFFA Frankfurt 2016 Fair, stand 8.0 C55.

Even though Talsa is already consolidated in the European market, the company is going to take advantage of this edition of the IFFA Frankfurt to strengthen its expansion in the North American market, in which it is beginning to have a strong presence.

The projected expansion for the meat industry machinery sector is very optimistic, because the forecasts prepared by the FAO and the OECD for the next decade regarding meat products consumption anticipate an important growth. However, if we consider the uncertain economic growth in Europe, the need for expansion to other markets, like the North American market is evident as a way to ensure businesses growth.

There is no doubt that exports are a way to invigorate businesses activity. Talsa is a clear example of this statement, because the largest part of its production is destined for export. Talsa is a very competitive company, due to the high quality of its products and the excellent post-sales service offered to its distributors all over the world.

The developed countries, which are the principal targets of Talsa exports, have technological requirements aimed mainly to the increase of the machinery’s useful life, and, in that regard, Talsa is a benchmark.