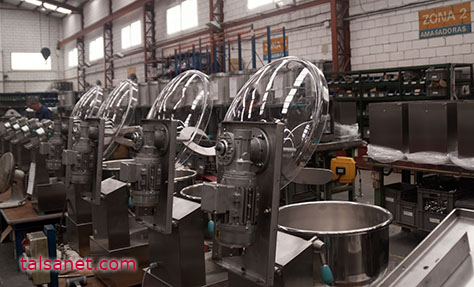 Talsa, leader producer of machinery for the meat and cold cuts industry.

Update of the mixer machinery range.

Talsa, an European leader producer of machinery for the meat and cold cuts industry, has recently updated its range of mixers for the meat industry.

On Talsa’s web site, it’s already possible to download a PDF with all the information available on the characteristics of the new mixers. This information is presented in 6 languages: English, Dutch, French, German, Italian and Spanish.

Talsa’s mixers characterize themselves for their soft, homogenous and universal mixing, with new capacities of 30, 65, 80, 95, 165 and 275 liters, made entirely of stainless steel with an exclusive patented dual-armed paddle system.

They offer two models. The model E (economy, 1 motor) and the model P (professional, 2 motors), both offering different options like variable paddle speed. On Talsa’s web site, videos can be found as well as a picture gallery for more information.

Once more, Talsa commits itself to innovation and development, with a continuous investment on R+D+i, thus maintaining its worldwide leadership position as manufacturer of medium range machinery for the meat and cold cuts industry. Its presence in the most important international fairs of the sector, on social media as well as a very complete corporate web site, shows the public a transparent company, where information and customer service are an important part of its values.

Along with its line of mixers for the meat industry, the other machines should also be mentioned: fillers/stuffers, mincers/grinders, cutters and cookers/kettles, all of them produced with a high quality and technological level.

Since man was a nomad and a hunter, he has eaten meat to feed himself. In the prehistory, they sliced the meat in strips which were dried in the sun. When fire was discovered, new meat preservation alternatives were developed, because then meat could be smoked or cooked.  With sedentism, livestock farming and agriculture were born, spices and salt were discovered and feeding had a turning point. We know that sausages existed in classical Greece, because literary works describe sausages as Aristófanes does in one of his comedies. Homero, for instance, in his Odyssey, talks about animal intestines stuffed with blood and grease, which could be roasted over the fire, and this is, without any doubt, an antique testimony of sausage eating. For romans, “the botullus”, a sort of blood sausage of the time, was available and could be purchased in their food markets.

In the XV century, livestock farming was carried out outside the city, where animals were slaughtered and were sliced into pieces to be sold.  And pork farms were developed to create ham and sausage factories.

Animal consumption is so important for our diet, that at the end of the XVIII century and during the XIX century, during the industrial revolution, a giant step was taken in the meat industry, when more and newer products were made using the newly developed machines. Cooking, smoking and spices were used again to prepare sausages and cold meats.

With sausages, also cold meats were born, which are prepared for consumption.

Today, due to industrialization, all types of specific machines for the food industry have been developed and the manufacturers have specialized in different production areas.

Talsa, is a european machinery manufacturer for the meat industry, with a medium capacity range of machinery.

Talsa has successfully become a world reference in the manufacture of:

The meat industry is currently more convenient, secure and simple, and at the same time more complex, taking into account the multiple stations that meat has to go through to arrive at our table. 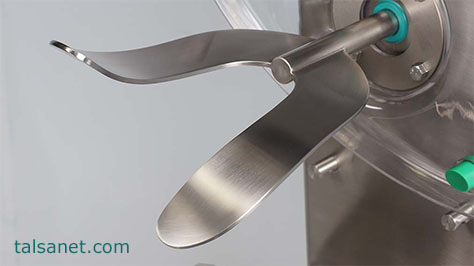 The use of new technologies has knocked on everybody’s doors. Nobody is excluded nowadays to acknowledge the needs brought by these new ways of interacting, understanding each other, working and expanding our minds and markets.

In the beginning, we started with a webpage, and gradually more tools have been created to work with, to inform and communicate with the public. Nowadays, there is more knowledge and we have learned about secured sites, confidence requirements, etc. We can now upload files for the user to download and, in Talsa’s case, we have an Intranet available for the exclusive use of distributors.

Today, companies not only use the web for marketing. The web has replaced paper catalogues, which became obsolete right away as soon as a new product arrived or if a printing error occurred. Websites are alive. They are constantly updated and allow businesses to open their doors in regard to product catalogues, technical characteristics, the company values, its way of working, and they have tools for impulsive and reflexive contact.

Talsa is a company which manufactures machinery for the food and food processing industry. With the Internet emergence, it did not hesitate to get onboard of the technology bandwagon, with the vision to use it as a display for its products. Its web is available in several languages and it takes advantage of any tool to show Talsa’s professional values and its working methods.

As an example, we uploaded a video in YouTube to show one of the most popular machines in the meat industry: the meat kneader.